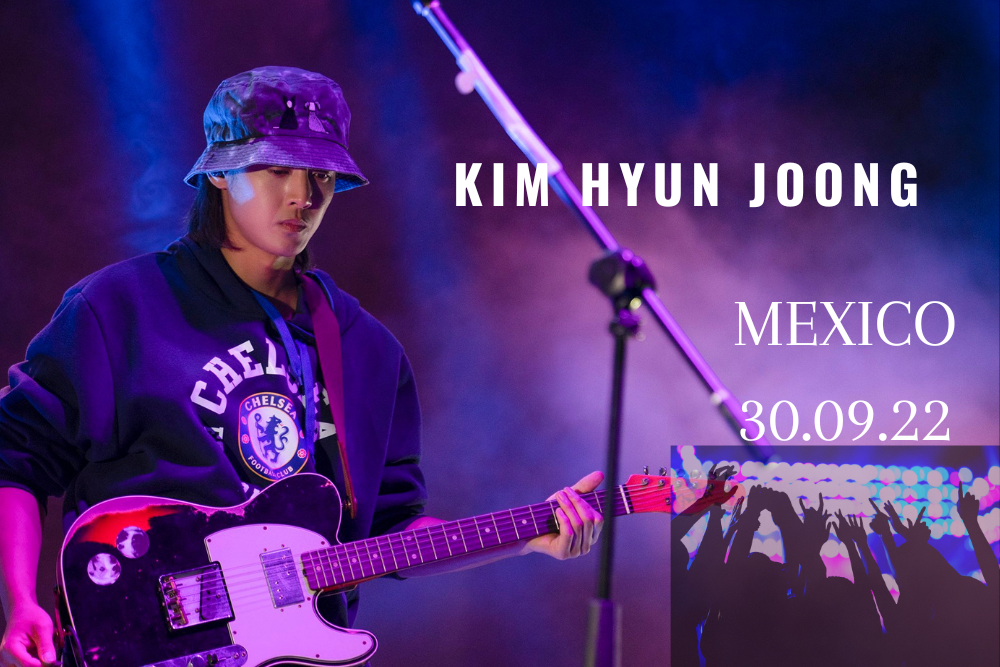 Well, we are a little sleepy today because last night we stayed up until 4 am to watch Kim Hyun Joong’s Mexican concert.

Suffice to say that when the alarm clock rang two hours later to go work a little bit we still had our heads in the behind.

But beautiful pictures arrived in the morning and they kept us smiling for the rest of the weekend.
Yes, happiness is a set of very small, sweet and light joys.

We particularly love the picture that we kept in the header and maybe we’ll tell you another day why, all we see is that this sweatshirt has already toured the planet and who knows? maybe he will want to turn back to Chelsea one of these days😊.

But let’s talk about the concert.

Mexican fans waited for hours.
They made queues and camped in tents around the building where the concert was held before being able to access it (3 towers of the building of queues it seems).

Even if the concert lasted only 2:20, so long and finally so short compared to the waiting time of some, it was worth it, because Kim Hyun Joong was particularly in top form and chained an incredible number of songs (22 !!)

We made a small summary and you can watch, everywhere on the net, extracts of more or less good quality.

There were several live streaming platforms, some of which asking for a payment 🤔 and that it was not great.

We would like to point out that these are not “pirate networks” but probably people who attended the concert and who left their cellphones open, which most of the time explains the poor quality of the image and sound.

As for the indignant little fingers raised to judge the people who have transmitted live or made their videos available to those who were not present at this concert, and this is in no way for justify ourselves, here are just a few arguments that culminate our reflection on the issue:

– Is it good or bad for channels other than the official ones to broadcast a concert live?

We have come to the conclusion by looking at what is circulating that:

Firstly given the quality of the images, these videos will never compete with those of Kim Hyun Joong’s professional team when they decide to release a DVD of the tour.

Second, it won’t stop people who can usually afford to buy the DVDs,  or watch the higher quality versions from the official site if we are given the gift of having it online one of this days.

Thirdly, these broadcasts did not prevent the sale of tickets for the concert because,  excellent news, despite its low purchasing power, Mexico managed the feat of selling out all the tickets that were on sale.

Fourth, it made people who are abroad happy to also attend the concert.
(On the platform to which we were connected there were up to 800 people who would never have gone to this concert anyway)

So, we advise the little fingers to stay down and go discreetly watch all the videos that circulate (shuutt… we won’t tell anyone).

Here is a short summary with very very poor quality  images and very very very average quality sound but which put us in the mood.

And what a great atmosphere!

We warn you, sit down, it’s going to sway a little,  to the rhythm of the little green lights…