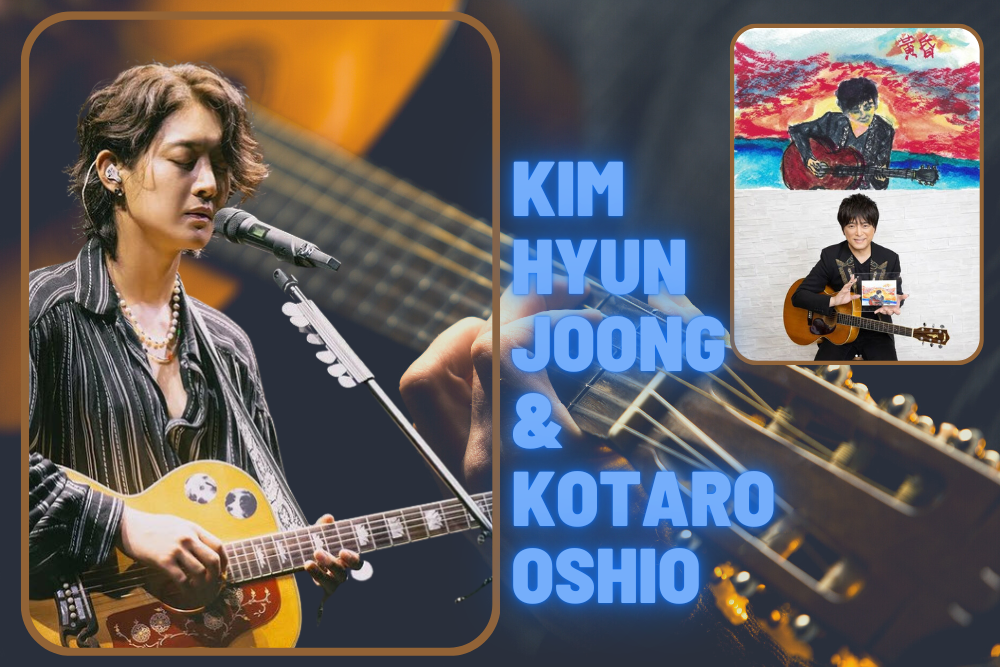 Kim Hyun Joong is, as we already know, a great admirer of Japanese guitarist Kotaro Oshio.

Their meeting turned into a story of friendship and they do not fail to send each other mutual signs of sympathy as soon as they have the opportunity.

Kotaro Oshio is releasing a new album on September 28 to celebrate his 20-year career and he has invited Kim Hyun Joong to participate.

“Twilight” is music by an artist called KOTARO OSHIO.

It was a very difficult song for me at first.

I thought that I would never be able to play it in my life and that I had to work hard to become a good artist.

I tried to be a good artist and now I can play the song “Twilight”, but…
to reach another level in the KOTARO OSHIO scale, I think I have to work even harder.

In the most difficult times I endured, I played  Wind Song  and miraculously at dusk I was able to sing Kotaro Oshio’s 20th anniversary at sunset.(🤔?)

Thanks to him for giving me this honorable opportunity.

I will continue to be a good artist.

The 20th anniversary album (…)  will be released on September 28…

I wish you much success and love.

Again, I pray with reverence.

Although it is a worthless little painting, I thank you for accepting it with joy.

We will therefore patiently wait for September 28 to discover the new album of KOTARO OSHIO and the title resulting from this collaboration with Kim Hyun Joong.

In the meantime here is ” Twilight ” which we have always preferred to the nostalgic ” Wind Song ” perhaps because the sounds are closer to those of Bossa Nova and those of the Iberian guitars to which our ears are accustomed, even if we all agree that Kotaro Oshio cannot be “fitted” into a particular style because he invented his own, inspired by different music and composed by different percussive techniques. 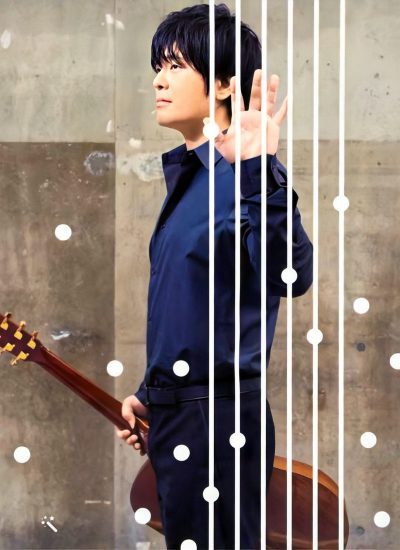 WHO IS KOTARO OSHIO