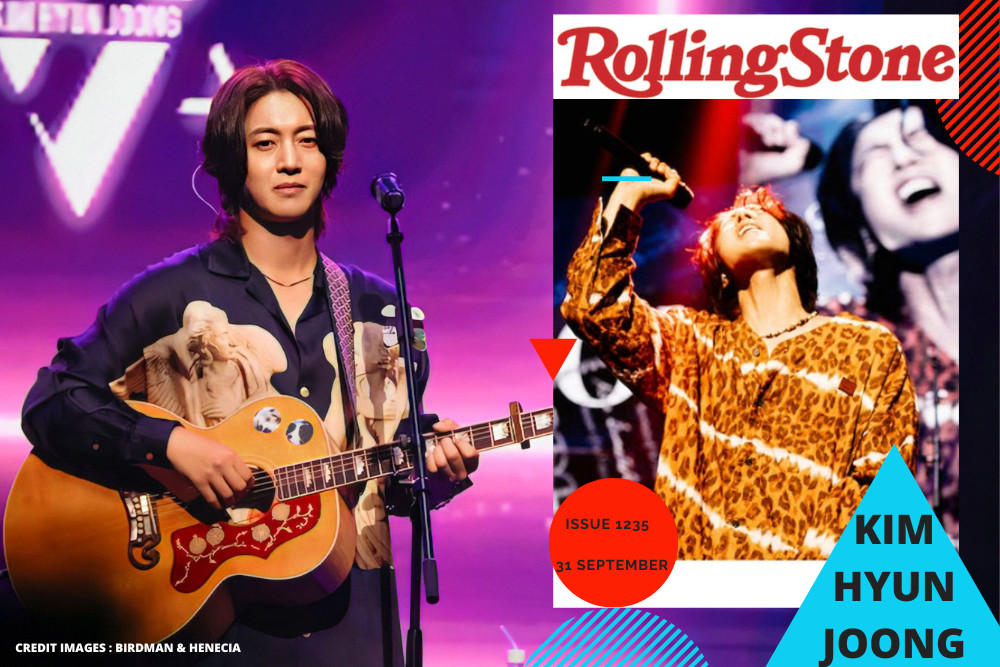 We always thought that having an article in Rolling Stone magazine was the ultimate for any self-respecting rock musician, because :

It is the reference magazine for MUSIC with a capital M !!!!

Well, our romantic ballad artist, who has just recently made a small shift, changed course slightly, and now also wants to be known as a “Korean rock band” with Gemini, has just been given attention by Rolling Stone.

It’s the Japanese version of the magazine and for the moment we only have a digital version, but it’s a great article and it’s HUUUUUUGE !!!!

The artistic recognition of the Japanese people has always been a step ahead!

In the last few weeks, one thought keeps coming back to us:
May Kim Hyun Joong take the time to enjoy every thousandth of a second of what is happening to him right now…

HERE IS THE ARTICLE
Please note that this is an automatic translation😕 of the article into Japanese which we hope is as accurate as possible.
The Japanese language has a very particular and pictorial way of describing certain situations, so you have to appreciate the poetry and concentrate when you read…

Kim Hyun Joong conveys joy and deep affection in his first performance in Japan since 2 years and 7 months.

This is Kim Hyun Joon’s first visit to Japan in about two years and seven months since his Japan tour was suspended in 2020 due to the new coronavirus. Many Japanese fans who were waiting for his concert rushed to the venue.
Here is a report on the second day.

In the centre of the two LED monitors superimposed crosswise on the stage, an analog clock with the words “STARTFINISH” written on the dial are spinning, symbolizing this tour.

When the five band members appear on stage, a film with the motifs of space and earth is projected onto the monitor.

As a human being in a space suit walks on the moon, the intro of “Lead me in your way” plays, and Kim Hyun Joong gets on stage with it and (…) everyone in the room listens to his guitar.

Wrapped in a sublime air he showed a fantastic scene in “Moon,Sun and your Song”, Hyun-joong said: “Good evening, did you sleep well?” and greeted in Japanese.

At the previous day’s concert, Hyun Joong shed hot tears, perhaps out of joy at being able to perform in front of Japanese fans for the first time in a long time.

“I’ll give a better concert today without shedding tears,” he laughed, and the audience responded to his thoughts with applause.

Rock numbers such as “Bark matic” and “I’m a million” are delivered coolly and emotionally with a handheld microphone, and “Sickness,” which satirizes the new coronavirus, intelligently and dynamically evacuates the frustration and resentment that permeates the heart with exciting imagery.

When the stage turns bright red, the new song ‘Super Fire’ begins.
It was a thrilling and mysterious atmosphere, and the enthusiastic look in the room was full of vigour.

Sandwiched between the backing band’s large instrumental section “NEW WAY”, Hyun Joon who had changed his costume reappeared on stage.
As if to remind himself of the loneliness of wanting to meet Japanese fans but not being able to, he sang “사계 (Four Seasons)” with an overwhelming sense of urgency.

“I finally met you all after two seasons,” he said, adding:
“I want to continue to write important stories with you right now and in the future,” and performed the rock ballad “Your Story”.

The voices were filled with sincerity, and the audience listened attentively and surrendered.
Even though the singer was in a situation where he couldn’t do it, it was a moment where we could feel the hand of the stage and the audience communicating.

“This song is for our dreams,” he said, adding that he sang the new song “Song for a Dreamer” that was used as the insert song for the movie “Violence Action” on an acoustic set with his two guitarists.

The delicate touch of the tone (…) shines well with Hyun Joong’s beautiful falsetto.
A very pure time passed, as if praying for a more prosperous future.

Later, Hyun Joong and the MC [master of ceremonies] mention that his beloved Kotaro Oshio is there.

After talking about the joy of participating in the collaborative song “Whosohe ~Twilight~” which will be included in the new album celebrating the 20th anniversary of Oshio’s major debut, he tells them that he came to “< re:wind>” through Kotaro Oshio’s “Wind Poem”, and sings the song after giving a surprise performance (*Note: “Twilight” by Kotaro Oshio).

His dignified singing voice was full of history and gratitude for his encounter with various music, including Oshio.

The live show is coming to an end.
He sang “Take my hand” as if he was calling out to the audience, and in the song “Love Like This” by ex-SS501 and the rock version of “This is Love,” he had a strong look and a passionate voice that the audience loved.

Even in a situation where the audience could not speak, the unity of the room became stronger.

In the fast-paced pop rock ‘Beyond Crazy’, he walked back and forth across the stage, singing eye-to-eye with each member of the audience, and at the end of the song, he jumped up to the audience and walked around the centre block on the first floor. He transmitted positive thoughts with his whole body.

Hyun-joong catches his breath and makes a satisfied expression, “I’m very happy,” then shouts that he is too happy to be attacked by the void after the performance.

Then he says, “I wish I had a flash drive to save this happiness right now, but I can’t do it, and I want to see you again.”

The last part of the main story is “A Bell of Blessing”.
The soundscape that seems to fly in the sky is full of hope. It was also reassuring to see him tapping his chest while singing and telling the audience, “My thoughts are well received.”

During the encore, it fills the atmosphere with romantic touches such as “I Can’t Erase You” and the nostalgic “담벼락 (Childlike)” with childhood memories.

In “고맙다 (Thank you)”, a message of gratitude to the fans was projected on the front of the monitor in Japanese, and every word was mesmerizing with carefully soulful vocals and radiant soundscapes.

“You have protected me until now, and I think the day has come for me to protect you.
I want to dedicate my whole life to you and live my life while giving back,” he said, before moving on to the song “HEAT.

“Sing in your heart!” he shouted in Japanese, and he focused all his attention on the unspoken voices of the audience and developed a hot scene.

Just when I thought the lyrics of “The Smell of the Beginning of a Dream” and “Let’s go on a journey together” had reached the end where they shone beautifully, they performed the new song “Super Fire” again.

After raising the audience with his most enthusiastic voice, he finally decided on a courageous pose with both hands.

Kim Hyun Joong said:
“Thanks to all of you, I could feel Japan for the first time in two and a half years. I will continue to work hard in Japan.”

The single “Song for a dreamer / Super Fire”, which was pre-released in August, will be released on September 14 in CD4 format.

Now that he is celebrating the 10th anniversary of his solo debut in Japan, we would like to pay attention to the kind of activities he will develop in the future. 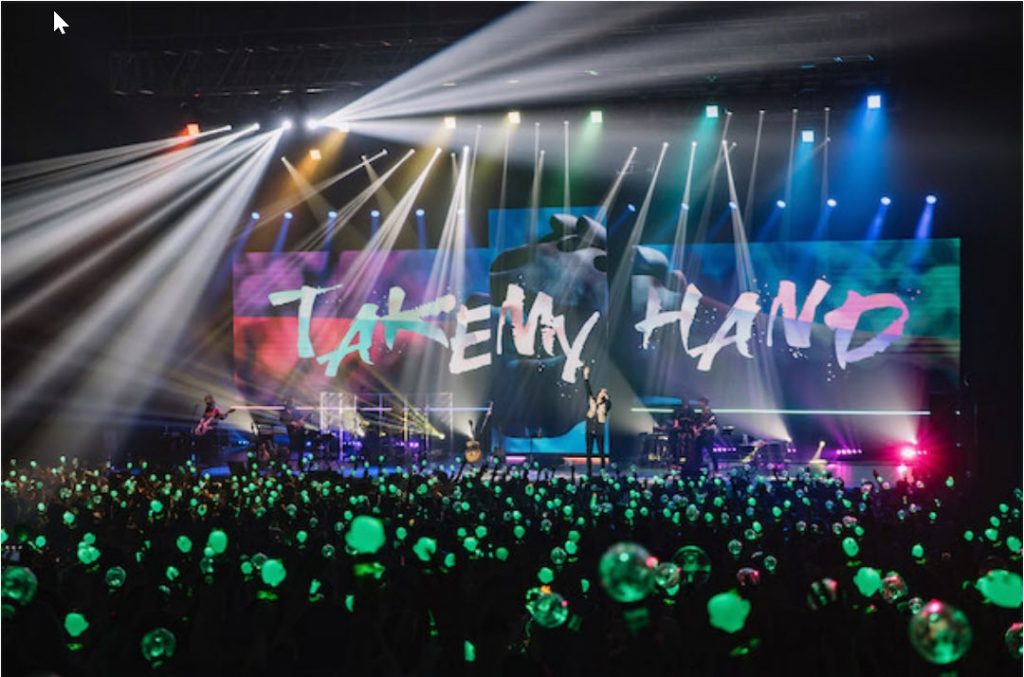 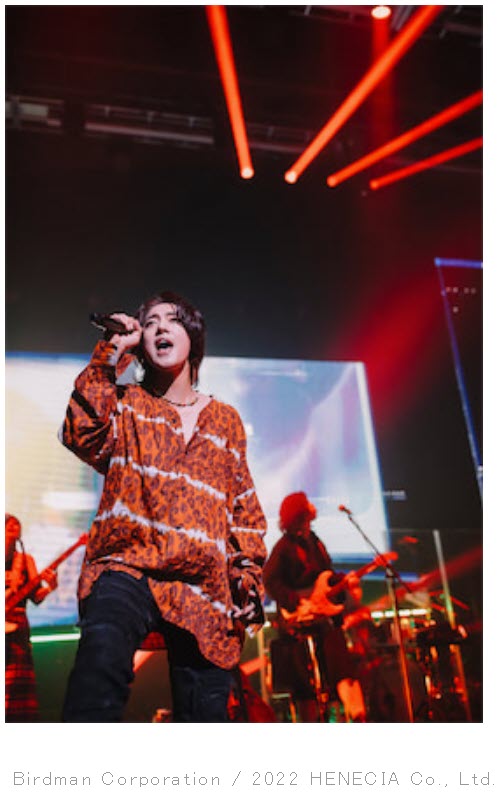 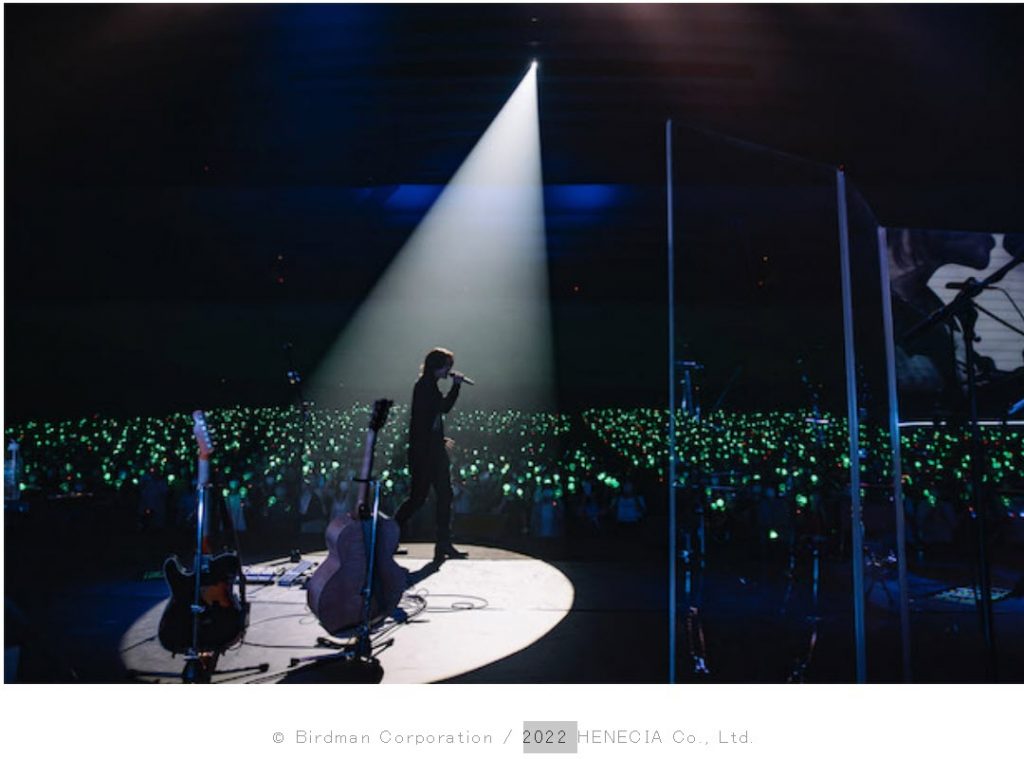 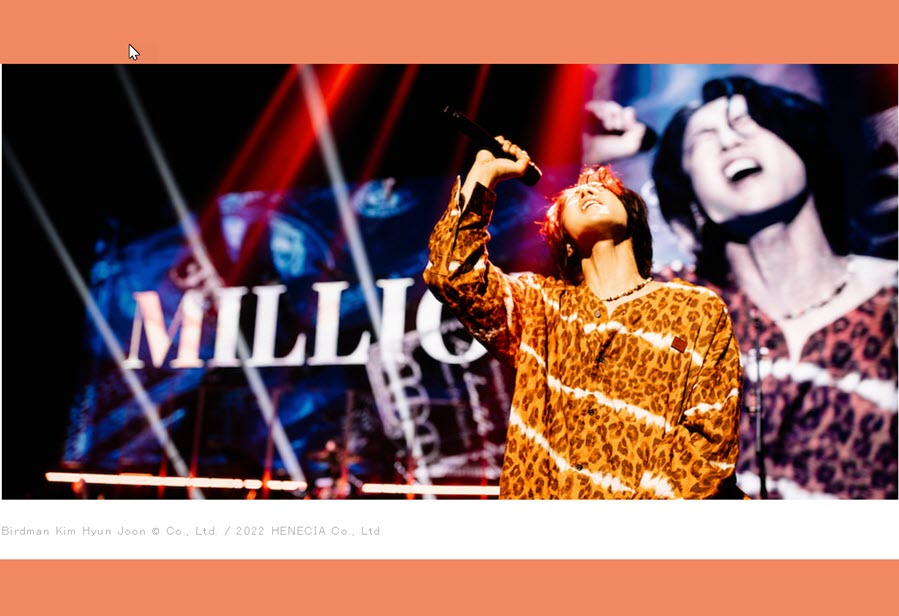