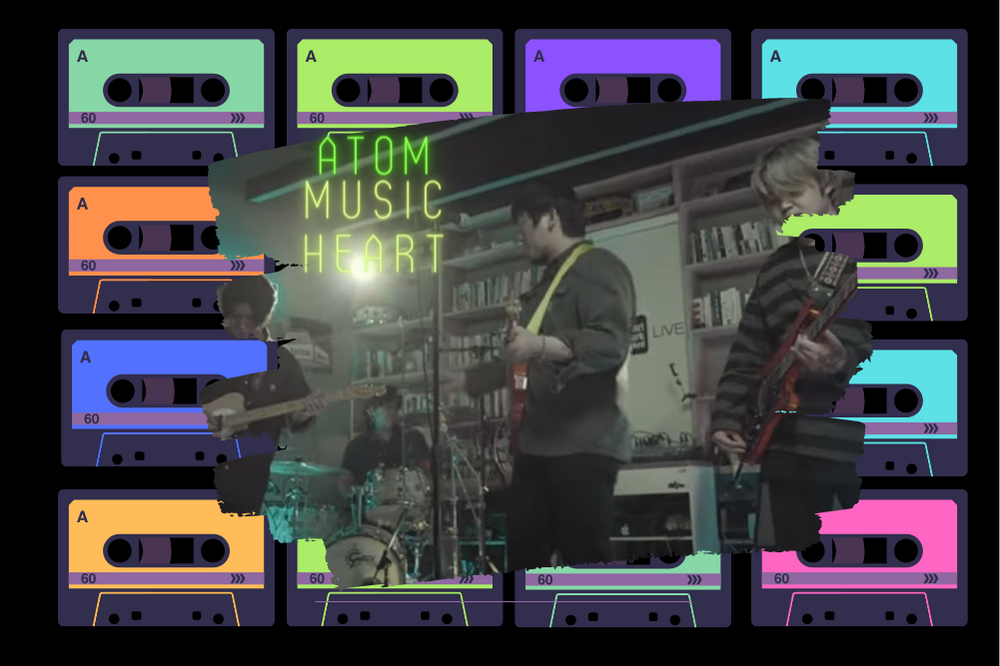 We won’t have the privilege of having it for three weeks, but the Korean public can already buy it.

This album is composed of 9 titles and counts with the participation of a surprise guest (no it’s not who you think) it’s an accordion! and the little bit we heard on their Instagram account made our mouths water.

ATOM MUSIC HEART broadcast this afternoon a Live on CPR’s Youtube channel and all we can say is that they are good, and we have nothing against the very nice little scenes of coffee bars on which they performed all summer, but now it would be time to take the plunge.

Well, unfortunately we couldn’t attend the concert at CPR but we’ll make up for it.

We leave you because we have to spend the next 30 minutes of our evening one-on-one listening to AMH (and this guitarist with glasses.😎)

We won’t tell you more, listen instead, leave your appreciation and press the thumbs ( up of course)

Update with THE LETTER transcript

◼1% Letter
Hello to all, I am thankful that we have this opportunity once again, to perform here at CPR. We are currently waiting for the release of our 2nd album. The title of this album is called “Mass of City”.

It was 10 or more years ago. I was working on part time job, translating brochure for art galleries. It was when I first learnt that the word ‘mass’ is used in different meaning in sculptures. I didn’t study art so I am still hazy on the actual term but as far as I understand, mass is “solid, material, space-occupying bulk that is contained within it;s surface’.

Mass, we usually think of weight of it. How much it weighs, how heavy or light the material is. But in sculpture, it meant more than that. It represents the inner cluster, spatial bulk that sits beneath the surface.

I thought this was very much like our cities. We see buildings and streets but it’s easy to look pass the people and the history in them. I also thought this mass analogy could be applied to our lives. When we meet new people, we see only what we want to see on the surface. We seldomly take time and effort to really learn the person from the inside. How expensive his/her house is, how much money one makes, what kind of vehicle s/he drives, – these things are maybe a good gossip but they don’t tell nothing about the mass of this person. What makes him/her laugh, what s/he’s been through, break-ups, death of close ones, greif that one must face in the course of human lives – I thought we may have tendency to only see the surfce and neglect the mass.

These are the elements that we wanted to talk about in our album. And through this album, we wanted to praise the lost and forgotten mass of our cities, our lives. Hopefully, it gets delivered to you. Thank you