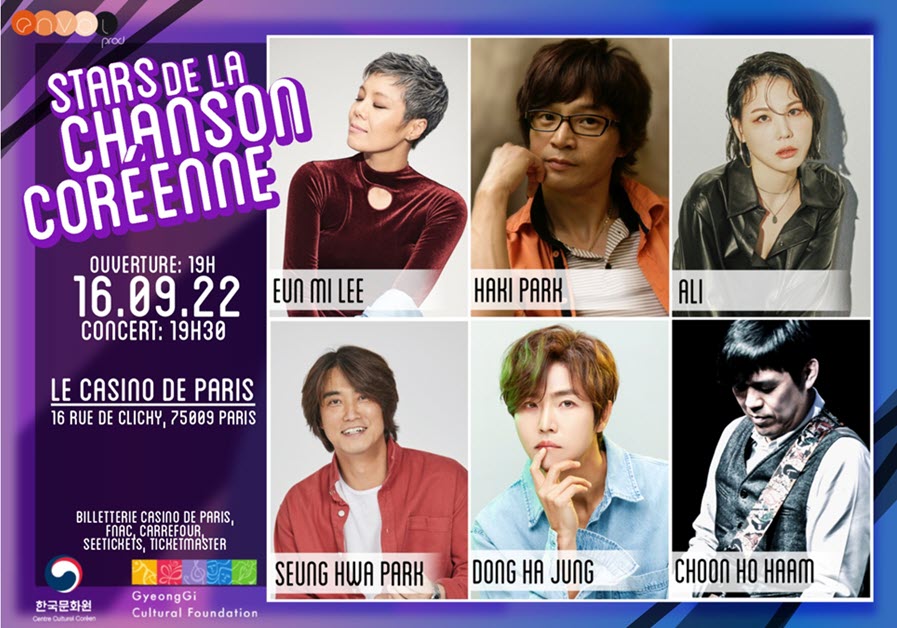 But do you know the Korean pop song?

Long before K-Pop, Korean popular music already had its stars, some of whom are known beyond South Korean borders.

On September 16, 2022, at the Casino de Paris, a unique invitation for a journey all in music and poetry is addressed to you, with the presence of no less than 6 great stars of Korean Song, all present for the premiere times in France.

This special evening celebrates the 50th anniversary of the song ”Morning Dew”, the title track of the great singer Kim Min-Ki, one of the greatest artists of popular Korean music. Major influence of a whole generation of artists, and this from the 70s, this song denounces the Americanization of Korean culture at the time, and evokes the difficult relations between North Korea and South Korea.

On September 16, 2022, 6 major Korean stars will be reunited, each of whom will perform a song by Kim Min-Ki, as well as the greatest titles from their respective repertoires. You will then discover songs imbued with emotions, poignant melodies dear to the hearts of all Koreans who can be considered as the beginnings of the global phenomenon that K-pop has become today.