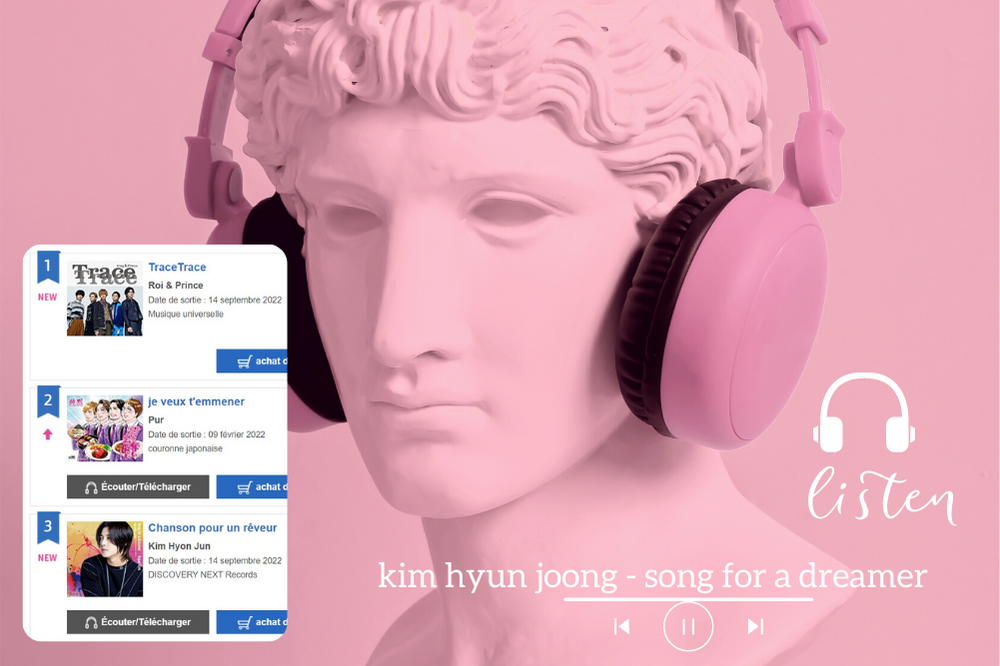 Two days ago, the day before its release, the single ” SONG FOR A DREAMER ” was already placed 3rd in the ORICON chart.

For those who aren’t aware, ORICON is THE benchmark for ranking statistics in Japan for everything related to the entertainment industry and this company is more particularly specialized in music rankings.

Kim Hyun Joong is a regular on this ranking, over the years several of his albums and singles have often been placed at the TOP.

The new music video for this single, is not likely to be ranked in the TOP of Kim Hyun Joong’s most watched videos on Youtube for the moment because to date it has only 15,000 views and that is very unfortunate.

Placing all the efforts on the sale of CDs to which only a restricted clientele has access, have we forgotten to make an effort to promote and put forward a music video accessible to the whole planet?

Come on guys, put this video in your Playlist and listen to it sometimes.

This is such a beautiful song, and Kim Hyun Joong sings it to us  COMPLETELY in English.

<Song for a dreamer> by #KimHyunJoong has sold 5,609 copies on the 1st day on Oricon.