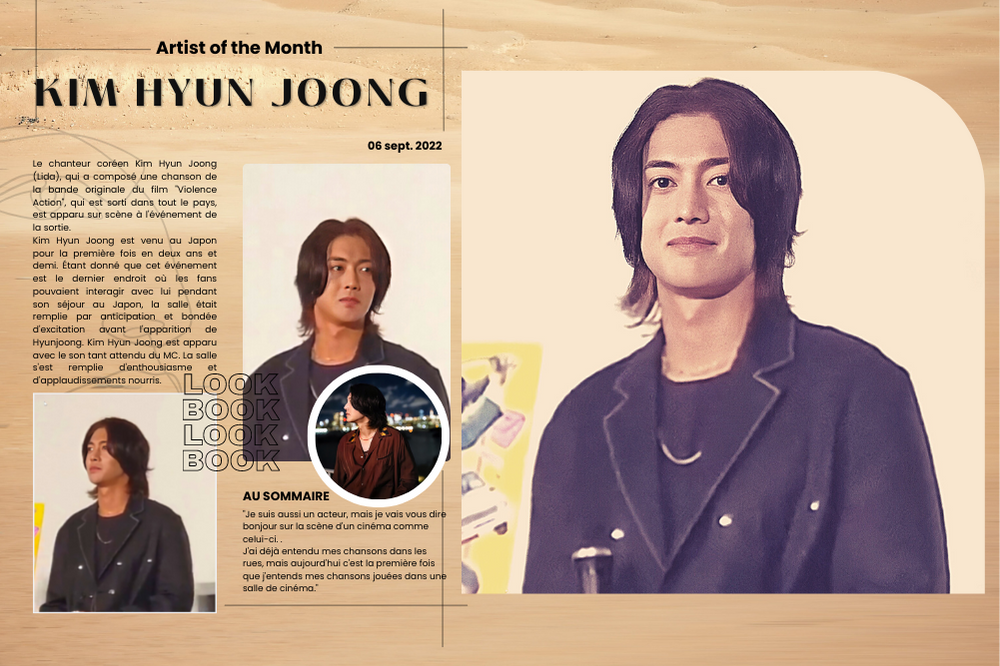 Korean singer Kim Hyun Joong (Lida), who composed a song for the soundtrack of the movie “Violence Action,” which was released nationwide, appeared on stage at the release event.

Kim Hyun Joong came to Japan for the first time in two and a half years. Since this event is the last place fans could interact with him during his time in Japan, the room was filled with anticipation and packed with excitement ahead of Hyunjoong’s appearance. Kim Hyun Joong appeared with the MC’s long-awaited sound. The room filled with enthusiasm and loud applause.

When the MC first asked for his impressions after stepping onto the theater stage, Kim Hyun Joong said,
“I’m also an actor, but I’ll say hello to you on the stage of a theater like this. . .
I’ve heard my songs in the streets before, but today is the first time I hear my song played in a movie theatre.” he replied happily.

And when asked about the collaboration video with the movie uploaded to the “HENECIA MUSIC Official Channel” YouTube channel:

“This film stars the national actor Kanna Hashimoto.
It is a great pleasure for me to be of some help for the film in which I am participating,” he said. 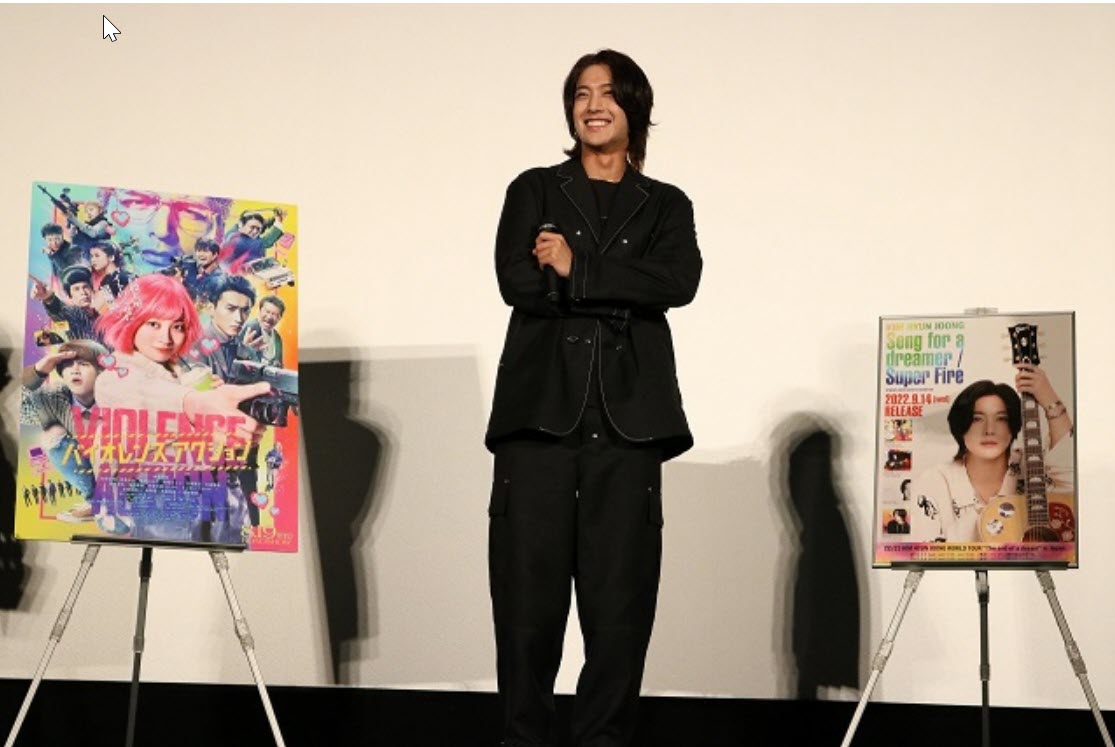 And the subject is about the new song “Song for a dreamer” which has been designated as the insert song for the movie.

Kim Hyun Joong expressed his thoughts on this song :

“When I first heard about it, I didn’t know the details because the production was going on carefully, except for the information that Mr. Hashimoto would play.

In the creative process, I saw all the videos from Hashimoto-san’s idol days and acting as an actor, the life she leads as a star, the life she pursues towards her dreams and the setbacks she will experience from now on.
I made this song with the feeling that Mr. Hashimoto would like to support the main character as well as the different lives that might be possible.

I thought that if I make a step forward, maybe I could realize my dream one day.”

He spoke with passion, and surprised the crowd with a single phrase of “Song for a Dreamer”.

When he finished singing, he appealed to fans saying :

“It will appear in the movie, so please enjoy the movie until the end (laughs),” making the audience laugh. 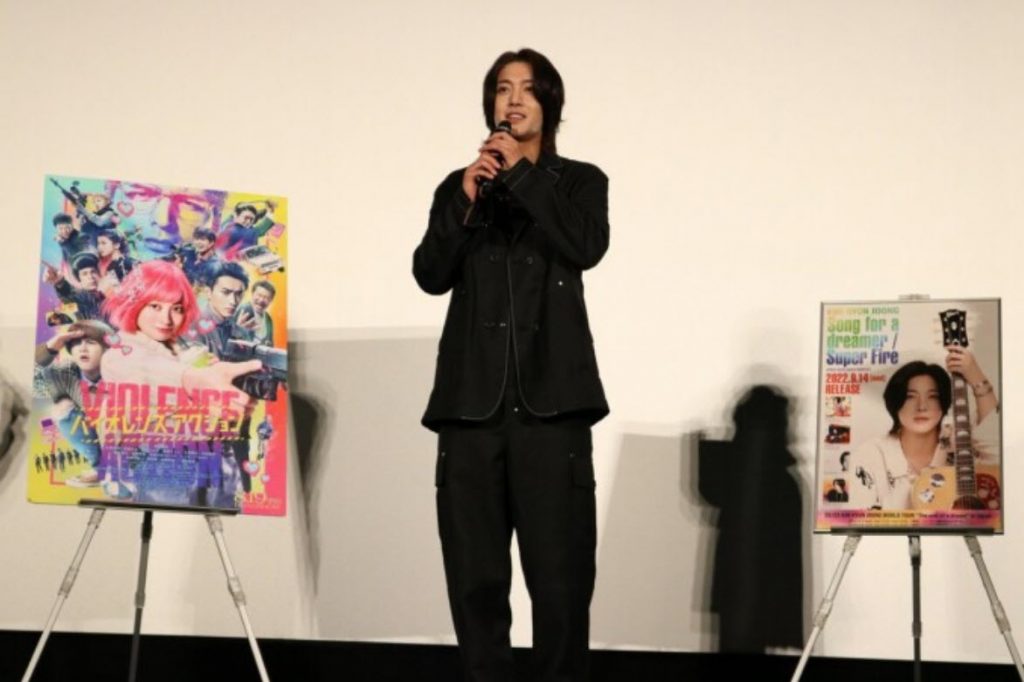 The event ended in no time.

Kim Hyun Joong sent a message to fans who came to the theater, and to anyone in Japan who discovered his music
for the first time in a movie, saying:

“I was asked to compose a song from the soundtrack of a famous Japanese movie like this.
I am truly honored to receive this request.
I am Korean, but I would like to express my gratitude to the staff and all the people involved who are open and accepting foreigners.
Today is a very hot day, however, I would like to thank everyone who came to see the film, and I hope those who are not my fans but who are waiting for the looking forward to film will have a wonderful day too.
I will be,” he sent as a warm message.

From start to finish, the speaking and singing voice of wealthy Kim Hyun Joong brought the event to a climax, and the curtain fell before the heat fell.

[Job Information]
Original: Violence Action
The new heroine is the No. 1 hit girl! Behind the great city of Tokyo, there is a secret organization that undertakes the “delivery” of killers. The hard killing action of the “weakened” killer of Ikki Tousen “Kei”!
Volumes 1 to 6 are now on sale!
https://yawaspi.com/violence_action/