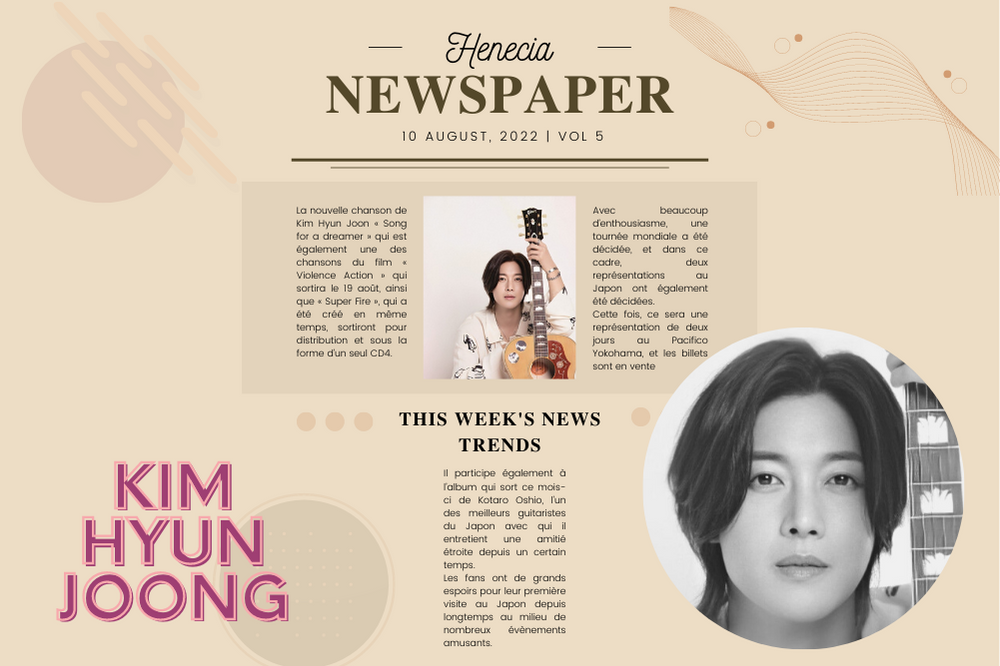 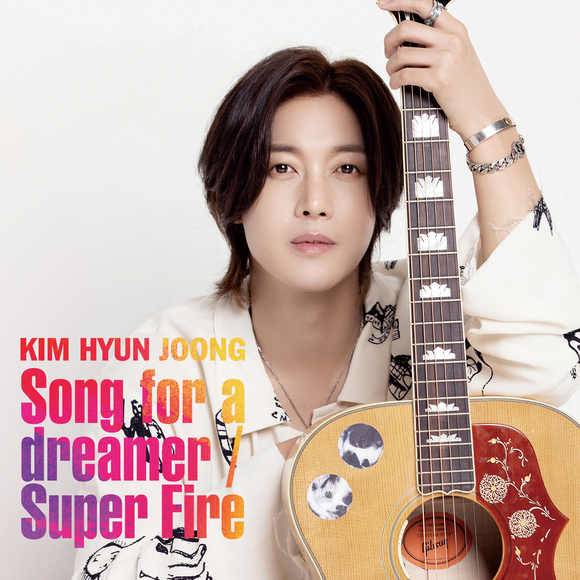 Kim Hyun Joong will release a new single “Song for a dreamer” on September 14!
Distribution starts on August 19th (Fri)

Kim Hyun Joong’s new song “Song for a dreamer” which is also one of the songs of the movie “Violence Action” to be released on August 19, as well as the song “Super Fire“, which was created at the same time, will be released for distribution and as a single CD4.

In addition, Kim Hyun Joon’s first performance in Japan in two and a half years since it was cancelled due to the impact of the new coronavirus is scheduled to take place at Pacifico Yokohama on September 3 and 4.

A popular artist and singer-songwriter not only in Japan but worldwide, he has started to move again.

Even during a long period when he was unable to conduct activities as he had hoped due to the impact of the new coronavirus, Kim Hyun Joon was busy organizing live transmissions with fans in mind and preparing for new and creative activities.

With great enthusiasm, a world tour was decided upon, and as part of this, two performances in Japan were also decided upon.
This time it will be a two-day performance at Pacifico Yokohama, and tickets are on sale.

On Friday, August 19, “Song for a dreamer“, which was written as an insert song for the new movie “Violent Action” (starring Anna Hashimoto / Director: Toichiro Ruito) that will be released in theaters nationwide, and the new song “Super Fire“, which was completed at the same time, will be pre-released on the first day of the movie’s release.

The CD single will also be released on Wednesday 14 September in four different packages.

Between his schedule and the performance, he is also planning an event for the release.

In addition, a special website has been set up to coincide with the announcement of the new songs and the release of the film, and new information will be sent from time to time.

The film is a topical work in which (the band) Alexandros participated in the main theme song, MAN WITH A MISSION, and other talented rock artists also participated in the music, and with the new dimension of the picture, its soundtrack is also a great attraction, and Kim Hyun Joon’s music is the only rock ballad in this film, and has become a beautiful accent.

He is also participating in the album being released this month by Kotaro Oshio, one of Japan’s best guitarists with whom he has had a close friendship for some time.

Fans have high hopes for their first visit to Japan in a long time amidst many fun events.

2022 will undoubtedly be a milestone in his musical career.