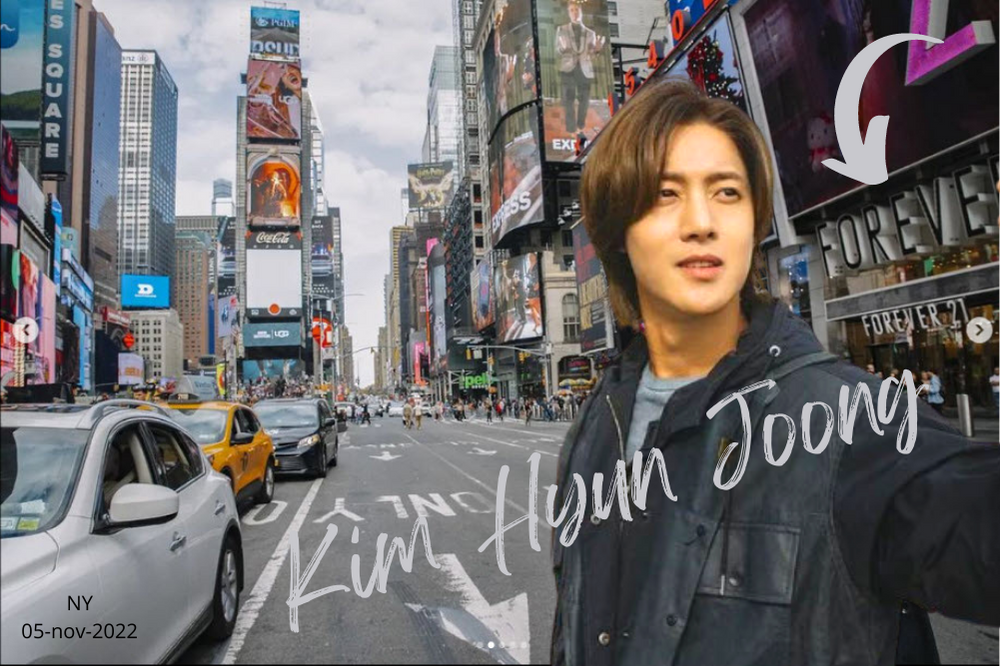 Another note of bad mood sorry, promise it will really be the last for some time.

What follows will certainly sound like bitterness to some, but in fact it boils down to one word: disappointment.

Concert organizers in Latin America managed to sell out all the tickets for last month’s tour, so Kim Hyun Joong plans to return again before next year’s summer

Asia will certainly count very soon with some dates; it can’t be otherwise, Kim Hyun Joong has a lot of loyal early supporters there.

As for Europe?
Radio silence and it is certainly not the desire that is missing, but as they say “caution is the mother of wisdom”

A few hours before the first concert in New York, 324 seats out of the 925 in the hall remain unsold.

More than a third!

…and offer or selling off places for three days, even if the approach was not useless, did   not have the expected result.

…and unless there are three tourist buses disembarking within two hours,  this will represent a loss of turnover of approximately 62,482 USD if everything is counted correctly.

We (still) want to ask a question:

Who advised the ticket prices for these concerts?

We are still not in Madison Square or Central Park where tickets can blithely exceed certain amounts and people buy them anyway.

Just to compare what is not comparable but to give an order of magnitude, the price of a ticket for a Zénith or an Arena of STING in France starts at 40 euros and caps at 140, as much to say that we do not would have done better here if we were offered to buy tickets at 300 euros.

We are not naive to believe that the price of a ticket goes entirely to the artist given the costs and the number of intermediaries, and even if we know that if it were up to him, Kim Hyun Joong would give its concerts for free, philanthropy has its limits when it comes to managing a company, paying fees and teams that work and rely on you; unfortunately, from time to time, you also have to put on the business man’s hat and line up the numbers.

We do not want to indulge in calculations which after all do not concern us, on the next two concerts in Las Vegas and Los Angeles, we only hope that the remaining places will be sold.

Wouldn’t it be wonderful if this whole team, which traveled so far, full of hope in their luggage, leaving behind its own families for two weeks, finds some comfort in having the good surprise of having a sold-out concert hall during their next two performances?

This second part is less pleasant but here it is…

We wanted to say goodbye and thank everyone.

We’ve learned a lot and had a lot of fun over the past two years.

We hope to have been useful and to have made at least two or three people want to become supporters of Kim Hyun Joong.

We don’t know yet if we’re going to “unplug” our YT and IG accounts, but taking into consideration that it would be a shame to lose the dozens of lovely comments that have been posted there with a lot of love and thoughtfulness, we’ll leave it for now.

You never know, a passerby might get caught up in Mr Hyun Joong’s fillets and become addicted, and honestly that’s what we think he really needs, something new.

Thanks to everyone for visiting us all this time.

Special thoughts for A. in Spain, for C. in Chile and for E. in the Philippines, they will recognize each other.

It’s true, you’re right, we’ve tried to leave twice, but as we say here “there’s never two without three” and this time it’s the right one.

Well, we promise to come back when Kim Hyun Joong decides to do a European tour.
( 😈 as much to say that won’t happen any time soon. )