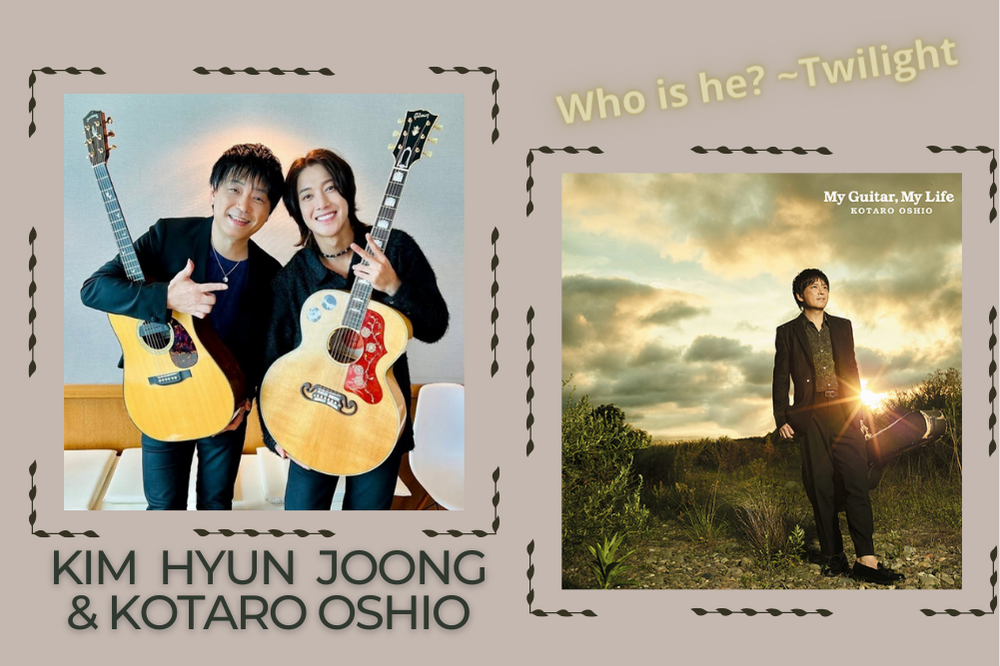 “MY Guitar, My Life”

For the record Kim Hyun Joong collaborated on this album on the song :

We are very curious to listen to this title #3 which will be found on Disc 2 “Collaborations”   of this album.
(as well as the title Bohemian Rhapsody by DEPAPEKO😄 )

The whole is not yet available on this side of the planet but it can be found on sale directly in Japan.

For more information on this album, please visit the official KOTARO OSHIO website.