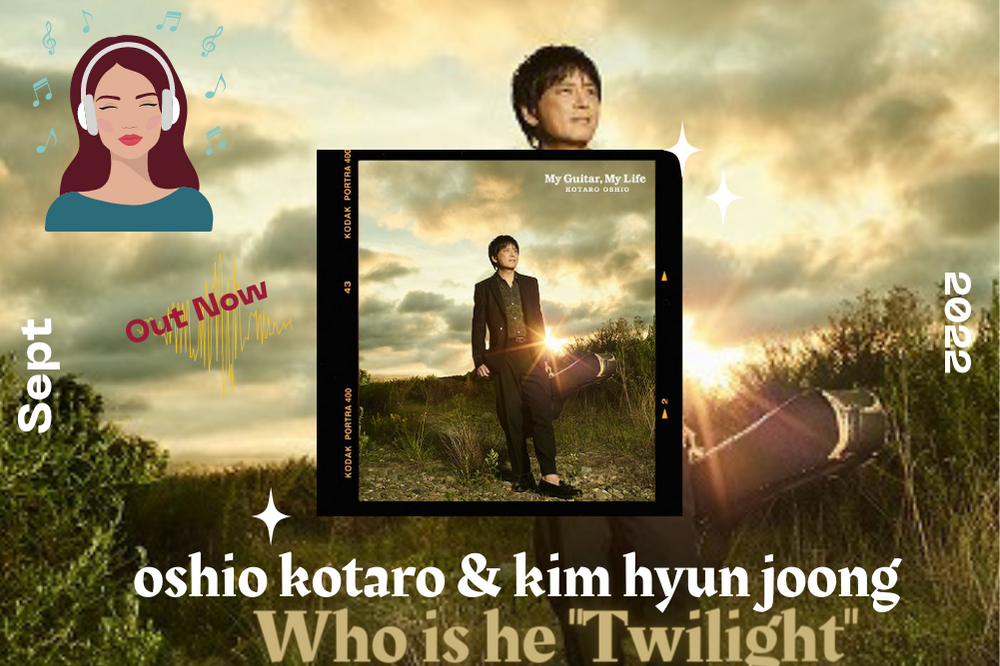 It was not at twilight but at dawn that we were awakened by this melody which will surely be in our heads all day.

The simplicity of a guitar with a voice, a very pretty romantic ballad.

A limpid interpretation, little Bossa Nova accents that speak to us, a voice barely a little higher than the one Kim Hyun Joong has when he sings in his native language, and different from the nasal voice he uses to sing to us songs in English.

Doesn’t matter if we don’t understand the lyrics.
It’s fresh, it’s beautiful and most likely the result of a lot of work.

New album, new single, collaboration with a great lord like Oshio Kotaro, composing songs for other artists, a world tour that has only just begun and the promise of a performance as an actor next year.. .

Kim Hyun Joong said during one of his live performances that he would make us proud to follow him as an artist.

We confirm, we are very proud of what he has become, always in awe of the amount of work he can accomplish, and even so often lately we want to “throw in the towel” (says someone who we know 😉) for lack of time or weariness, we recover very quickly and we find ourselves always and again coming here to present you his work, because he deserves it and because we can’t help but to be very proud of him (we repeated ourselves there, didn’t we?🤔 )

We found this new Oshio Kotaro album streaming at APPLE MUSIC “20th Anniversary – My Guitar-My Life “, but it can surely also be found elsewhere, give it a listen.